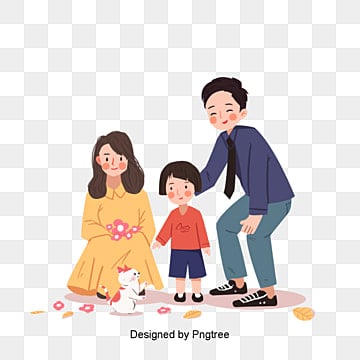 The following is a list of things that will make a difference in a step family situation that have nothing to do with the new step parent but will have an affect on his or her ability to successfully be a step parent to adult children:
– How did the biological parent get along with his/her children before you came on the scene?
If there was not a close family relationship before you, it will not improve by adding a new person to the mix. If the children already feel their parent did not spend enough time with them or was not interested in them to the extent they wanted, there may be resentment that his/her time will now be reduced by the time he/she spends with a new husband or wife. In this case, it will be important to encourage your spouse to spend sufficient time with his children to hopefully avoid any resentment in this respect.
– How long has he or she been divorced or widowed?
If it is recent, there very likely will be resentment because of loyalty to the other parent. And no matter what you may do to try and win their approval, it will be an uphill battle and one you will not likely win without a lot of patience. It may be necessary to delay marriage to give the children time to adjust to having a new person in their lives.
– Are you the new stepmother or step-father?
This will make a difference as step-fathers are more readily accepted than stepmothers. Although this can also depend upon the gender of the children and how closely that child related to their same sex parent, i.e.: a son may not be as accepting of a step-father if he has a close relationship with his own father. The same is true of a daughter if she has a close relationship with her own mother.
– What is the relationship between the two biological parents? Is it an amicable one or rife with tension?
If the two parents don’t get along, the feelings of friction can be passed on to the children which will affect their relationship with a step parent. It is pretty hard for a step parent to counteract effects of negativity. It will be important to not appear to take sides – remain neutral and do not take it personal.
– How dependent either financially or emotionally are the stepchildren on their biological parent?
Adult children may see the new person in their parent’s life as a threat to their emotional well-being and a possible end to their financial stability. Both losses can create resentment of the new person in adult stepchildren. In this situation, the biological parent should have a talk with the children before a remarriage to allay their fears.
– Has the biological parent included his adult children in his plans to remarry and assured them of his/her continued love?
If this has not been done and a new person is thrown into their life without any prior warning or previous meetings and a getting-to-know period, it will be difficult for the step parent as there is sure to be some resentment. Try to get to know the children beforehand, if possible at fun events.
– How far removed from the parental home are the adult children, i.e.: are they living away, going to college, married with children or still living at home?
For those living at home it will be a different situation than those living away. Those who are married may be more established in their own lives so what happens in mom or dad’s life might not have quite the same impact on their lives. Communication will be the key.
– Are they a normally healthy and well-functioning family?
This is important. If the family never did function well together, there will be difficulties. Adding an extra, unknown person to a family already having problems will just add to the chaos. It is almost impossible to fix a dysfunctional family as the step parent. It is probably a situation best avoided.
– Are there grandchildren involved? Are you a much younger wife with young children of your own?
If you are, there may likely be resentment from the adult children if they perceive that their parent is giving your children more attention than they feel should be warranted if the grandchildren are being deprived of their grandparent’s affection. This will be especially true if more attention had been paid to the grandchildren before your arrival on the scene than after? If this is the case, encourage your partner to spend time with the grandchildren or include them in your own family outings.
All of the above examples will have a big bearing on how the step family will function as a unit before you even begin to try to establish relationships with the adult stepchildren. The best strategy is to attempt to have positive interaction with the adult stepchildren, don’t take on the role of stepparent, be friendly, open and definitely do not be pushy. Let them determine the level of involvement they wish to have until they get to know you. If friendship with an adult stepchild can be established, it is a big step towards a cohesive step family situation.

The nuclear family is the ideal when it comes to the American family. I don’t know about you, but I’ve never been able to find a single family that seems to work this way. As […] […]

Seeing The City Of Toronto – An Unbeatable Family Vacation Destination

If you’re looking for a close destination for your family’s next vacation, Toronto is a great idea. Traveling with your children is a great way to teach them about the different cultures of the world. […]